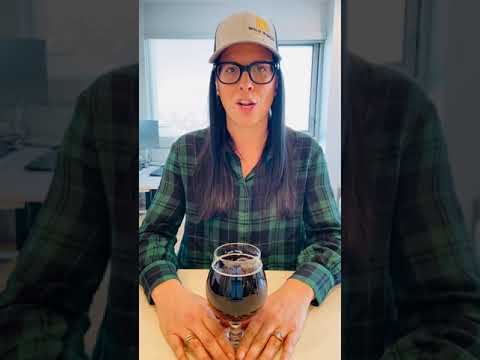 Wild Winds Brewery will produce superior craft beer and soda made with the highest quality ingredients and standards. To deliver on this mission, Wild Winds is excited to be part of a progressive community that shares our values and vision which we have found in Pincher Creek. We believe in supporting local business, caring for people, and providing a FUN place to hang out. One of the major goals of our project is to strive to be a net zero operation. Starting such a venture is a large capital investment. We have purchased the land so we are committed to making this happen. We are looking to YOU to help us raise some capital for our dream venture! This money will allow us to engage energy/environmental professionals to help us achieve our goals. Please feel free to share. Thank you so much!

How Did We Decide on Starting a Brewery?

Hi Friends! I'm Jen Rogers, Co-owner, Brewmaster and Chief Awesome Officer of Wild Winds Brewery. My husband, Tim and I were sitting on our patio on a beautiful summer day in 2016 drinking some craft beer. We were chatting about how we were tired of “the corporate grind” and investing so much time working for someone else and not 100% enjoying what we were doing. At that moment, we decided we wanted to start our own business. But what type of business? A gym? Although we both have fitness backgrounds, it didn't have the right appeal. Then I had suggested a brewery! YES!! Where do we start? We love drinking craft beer, but neither one of us knew how to brew it!

We started looking into opportunities to formally learn. At the time there were only two schools in Canada that offered technical brewing education and training. One in Niagara, Ontario and one in Olds, Alberta. Olds is only a one hour drive from Calgary and the Olds College Brewmaster and Brewery Operations Management Program has a great reputation, so we started looking into the application process. We set our alarms for 8:00 a.m. on Saturday, October 1, 2016 to send in our applications. By November, we had both been accepted to start in September of 2017. When it came time to choose who would take the plunge to go back to school, we decided it would be best for me to pursue the program. The Olds College Brewmaster and Brewery Operations Management Program is a 2-year program that provided me with valuable technical knowledge, practical experience, industry relationships and lasting friendships.

In my first semester I was learning to brew on the Olds College pilot system and homebrewing at home. This was a good experience, but I wanted more opportunities to brew. To really hone in on developing and brewing recipes for our future brewery, I purchased a Sabco Brew Magic brewing system. We set-up the Sabco system in our garage. Having this system really helped me gain further practical experience and now we have our pilot system for Wild Winds Brewery.

While attending school, I worked at Village Brewery. At Village, I really got to learn and appreciate brewery quality assurance and quality control, brew small scale pilot batches, feel a sense of community and work with some very amazing people – they are my Village people! I also had the opportunity to develop my first commercial recipe that was brewed for Don Tse’s 20,000th beer. During this time, I organized the Olds College Brewmaster Dinner in March of 2019 where we raised over $8000.00 for Olds College Brewmaster Students. This was a great opportunity to network with various people in the industry. I also volunteered to support the Alberta Small Brewers Association’s Alberta Craft Brewing Convention in 2018 and 2019 which was another great networking opportunity.

I graduated with Distinction from the Olds College Brewmaster and Brewery Operations Management Program in April of 2019. Now it was time to find full-time employment. Fortunately, I was approached by Last Best Brewing & Distilling for a brewer position. Once again, I forged some amazing relationships at Last Best, learned to brew on a large scale system, gained some valuable experience including the principles of hard work. It was physically demanding, but it taught me how much could really be accomplished in the run of the day. While employed there, I decided to pursue obtaining my Certified Cicerone designation. I have completed the written and practical portion, but am waiting to take the tasting portion (due to the pandemic, the tasting exams have all been postponed). Then the pandemic hit and like so many people, I was laid off from Last Best. Approximately six weeks into the initial lockdown, I was approached by Railyard Brewing who were hiring for a Brewers position. The position was focused on research and development. In the span of three months I developed and brewed over 20 recipes. I was then promoted to the position of Production Manager after four months. We put our house up for sale and it sold! Now, here we are! Ready to get this brewery off the ground! It’s been 4 years in the making!

Located at 1348 Scott Avenue in Pincher Creek, our brewery will allow us to service the wonderful local market and the over 500,000 tourists per year that visit Southwest Alberta. We want to contribute to Pincher Creek’s economic, tourism, and community development strategies. We believe our business will support the cultivation of economic diversity and help fill a void in the beverage manufacturing industry.

Wild Winds believes in community investment. We will work closely with the community and develop strategic partnerships that benefits the town of Pincher Creek. We are in the process of sourcing local contractors and service providers to assist with construction of our facility and the ongoing maintenance requirements. The facility will include a:

We also plan to team-up with other local businesses to develop collaborative merchandise such as beer soap, garments, spent grain baked goods, and art. Additionally, we hope to introduce brewery yoga, contribute to local farmer’s markets, and sponsor athletic teams or events.

Initially we will market four core beers and one seasonal beer, along with two craft sodas, that will be available in the taproom. Our product will largely be sold from our taproom and used for events. Tim has a passion for whipping up fabulous cocktails! Beer cocktails, spirit cocktails, wine and highballs will also be available for purchase. As we ramp-up beverage production we will package product in kegs for wholesale and cans for retail. Pairing simple and delicious cuisine with our brews is a must! Our commercial kitchen will be showcasing locally sourced dishes with a twist!

We are inspired by the environment and can’t wait to be located in Pincher Creek where we can embrace our surroundings everyday. We care about the environment and want to reduce our impact on it. There are few breweries in Canada that utilize solar or wind energy. Not sure if you’ve heard, but it’s WINDY in Pincher Creek!  We plan on embracing the wind, not just with our name, but by utilizing wind energy. We will be exploring a variety of renewable energy options to reduce our environmental footprint, including geo-thermal, solar and wind energy. We will be installing energy efficient appliances, heat recovery ventilation and super insulation. We will be applying a passive building design approach.

Spent grain will be picked up by farmers or given to local bakeries to produce baked goods that we could in turn sell at the brewery and the bakeries could sell at their outlets. Chemical waste will be disposed of appropriately. Water will be reused where possible.

39 years young. Graduated with Distinction from the Olds College Brewmaster & Brewery Operations Management Program. Planned, coordinated and brewed a beer for the 2019 Olds College Brewmaster Dinner. Worked at Village Brewery for just over a year. Moved to a full time position as Brewer at Last Best Brewing & Distilling for 1 year and is currently the Production Manager at Railyard Brewing. She is in the process of completing her Certified Cicerone designation. Also has a background in Kinesiology, Human Resources, Change Management, & Lean Six Sigma. Pink Boots Canada Member and has participated in six Pink Boots Women's Day Brews which is dedicated to supporting women in all aspects of the brewing industry. Loves to travel, spend time with the fur babies, snowboard, hike, SUP, and enjoy local food and drink!

The Voice Of Reason

YAY! The first Craft Soda Membership has been purchased! Only 19 remaining!

Thank you all for the love and suport! We have just reached the $10K mark and 40% of the goal! Only 16 days remaining!!!

Exciting NEWS! Our first Whirlwind Beer Membership was purchased from Calgary! There are only 50 of these available. Get yours while you can!

Thanks again for all the love and support!

Scripted Videos Are not My Thang

For those of you know who know me, I'm an energetic person and following scripts ain't my thang! But, going off script, I tend to throw in a lot of "ummms" and "likes" and that doesn't come off as very professional. This a photo of me being me. I love to laugh and have a good time, especially while enjoying a tasty beer! Cheers! :)

When will you be open?

We are targeting Spring of 2022. This is a new construction and will take approximately 8-12 months to complete.

How do you plan on targeting a net zero operation?

Is shipping/delivery included in each of the reward options?

Yes. The price includes shipping/delivery within Canada. We are targeting to have everything delivered early April. If there are any delays with our suppliers, we will be sure to update you.

When will you start construction and where will you be located?

What are the measurements for female clothing?

What are the measurements for adult general clothes?

What is your favourite beer?

This is a tough question! While I appreciate the unique characteristics of every beer style, I have to go with anything that is Belgian! I LOVE Belgian Beers!!!  They are malt and yeast focused styles. Lots of dark fruit, figs, cherry, plums, raisin aromas as well as spicy phenolics such as cloves and cracked pepper. The longstanding history and beer culture housed in such a small country is mind blowing to me. We've made two trips there and it is one of my favourite places in the world!