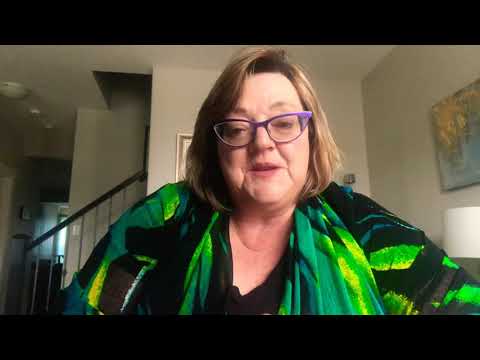 SouperSpudz needs to dress to impress!

Thank you so much for supporting us! We'll share our progress and news with you!
CAD
BOOST

Have our food truck at your party! (up to 25 people)

Have our food truck at your party! (up to 25 people)

We are Lizzie and Chloe Small and we are SouperSpudz, a food truck and catering business in Calgary offering organic, locally grown baked potatoes with healthy toppings and fresh soups. Covid 19 cancelled all of our school orders and any festival income we had planned for the early summer, resulting in funds we had earmarked for branding our truck and buying our generator being absorbed elsewhere. Souperspudz is all about providing our clients with wholesome food, sourced from local growers and suppliers, and we want to make good, healthy food affordable and accessible to everyone. Everything on our truck and from our kitchen is gluten free, and we cater to meat eaters, vegetarians and vegans. SouperSpudz was a dream. Sadly the dreamer is no longer with us, so in his memory, his wife and daughter have decided to make his dream come true. There is a Social Enterprise element to our business which we are passionate about. In addition to advocating for Mental Health Awareness, and Organ Donation, our soups and potatoes are each priced to donate a small percentage to charities supporting Women and Children at Risk and Suicide Prevention. Our branding and overall company vibe is one of hope, and positivity, health and wellness in both the physical and the mental sense. Our branding has been designed to elicit smiles and feelings of fun and joy, We want to be able to give our truck a new jacket to reflect what we are all about.

Souperspudz was a dream..... from dream to reality ..with your help

Dave Small was recovering from two intensive spinal surgeries when he made a snap decision that once fully recovered, he would transiition out of the Construction Industry to be his own boss, starting a food truck to serve his favourite food (Baked Jacket potatoes, heaped with delicious fillings). Within days of the decision, he had found a truck, in much need of overhaul, but his vision had become part of his reality. He worked on the truck, ripping out its interior every day his broken body would allow him to. He was optimistic about his future. On Thanksgiving Monday 2017, that optimism failed him and his pain took hold. He lost his battle with pain and he died. Leaving his wife, Lizzie and their daughter and the truck, empty and without purpose.

In February 2020, Lizzie and Chloe finally launched SouperSpudz Inc. to the world. This, after two plus years of finding their feet, taking courses, fitting out the truck, working on menus, working on business plans, developing their branding and finding a way to make the business work all year round. They added soups to their menu and became an approved supplier offering hot lunches to schools through the Healthy Hunger website. Within days of the company joining the website, the phones started ringing  and orders started flooding in. The first to be delivered on April 1. In the meantime... the outfitted truck had a beautiful new interior, but a bad paint job and had been spending the winter months in storage under the Albertan Sky.

Schools closed because of Covid 19 in early March and all summer events cancelled, so hopes and plans for income from summer bookings disappeared in a puff of smoke. They decided to put the truck launch on hold while they collected their thoughts. Not to be beaten by a virus, the pair "piroutted'  and started selling their soups on line, with a subscription service and touchless delivery to customers' doors.  It's something... but it's not the beginning they were hoping for!

SouperSpudz has decided to go on the road with the truck. However, currently, in its naked state, it is anything but pretty. Their truck needs to be wrapped and given the SouperSpudz brand before it can truly do the good it is intended for. And this campaign aims to help the pair pay for their vehicle wrap and their generator.

Born in India, married to a Scottish Born, Canadian husband whom she met in Australia, and married in Great Britain....Lizzie has learned to trim her sails to the wind. A varied and exciting working life from Medical Secretary to Media Relations Manager, Mother to Face and Body Artist; owning and running a food truck is just another new adventure to embrace and run with.

Chloe had just graduated from High School when her father died.... and it was she who declared it a great idea to make her father's idea come to life. Chloe is a great cook with an incredible eye for creativity and precision.

Why do you think you are a healthier option than other food trucks in YYC?

Every effort is made to ensure that the food we serve is locally sourced and wherever possible, locally grown. We don't have equipment on board to fry anything, so you won't find any battered, deep fried items on our menu. Additionally, those few menu items which contain a sugary element have been made with natural Molasses or Coconut sugar.

Is everything on the food truck Gluten Free?

Yes. We took the decision that the majority of things which require thickening, like some stews and the occasional soup, could be thickened without the use of wheat flour, so it made sense to just jetison any menu items which required Gluten so there would be zero opportunity for cross contamination for those who suffer from Celiac disease. We are happy to be GF all the way!

You mention school lunches. Do you take your truck to schools for lunch?

No...but Yes!....Let us explain! Through the website, Healthy Hunger.ca, Souperspudz offers to deliver baked potato lunches to schools in our "catchment area" (35 km from our commerical kitchen). This is an arrangement between the School, the Parents and Souperspudz. Our food truck, is available to be booked at schools for speclal events, like sports meets, Parents' Evenings etc and this can be done via our website : www.souperspudz.com

What is your target market for the food truck?

During the summer, SouperSpudz hopes to provide weekday lunches to offices, and industrial sites in the commerical, logisitics and industrial zones of Calgary. We aim to give people who work in these areas, the opportunity to purchase a healthy deliciious lunch at a reasonable price without having to travel in their vehicles to the local fast food outlet.

Can I book you to attend our offices?

Absolutely, our booking form is on our website: www.souperspudz.com

Are you intending to be at Events, once they open up again?

Absolutely, and we look forward to introducing our customers to new and exciting flavours of toppings common in the UK !

You say you will be donating funds to women and children at risk and the Centre for Suicide Prevention. How can I see how much you have donated to these causes if I want to?

We will have a Fund Raising log on our website once we have the food truck up and running, so that quarterly we can openly declare  what sums have been donated to our chosen charities

What efforts are you making to keep your business as sustainable and eco friendly as possible?

Most of our food is locally grown by farmers we know by name. Wherever possible, all other ingredients are sourced from local suppliers or speciality importers. All our packaging is completely biodegradable - and will break down in a compost heap without any need for specialist treatments and without any damage to the local community's flora and forna. Our generator (when we purchase it!) will be quiet and cause the minimum of noise pollution.