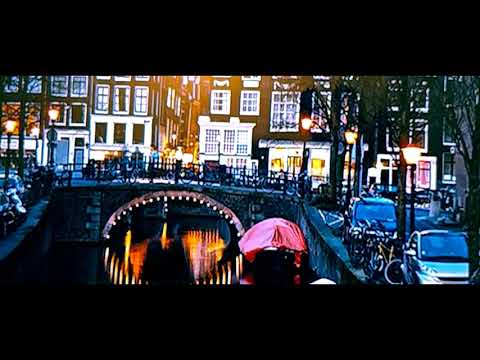 The video above tells the background story for starting the festival from a trourism perspective. This BoostR campaing is now soley focused on the uniVRsive - Calgary Virtual Reality / Immersion Speaker Series & Festival

Virtual reality has its roots in film. Filmmakers have a 130+ year legacy of working towards transforming the reality we see into ever more immersive experiences. In the last year, technology has finally started to bring to life the promise of fully immersive visual experiences. As Canada's fourth-largest filming jurisdiction, Calgary has the technology and the talent to create and showcase high quality world class content.

The target audiences includes anyone interested in the verticals related to the creation and application of immersion technologies including researchers, academics, engineers, industry professionals, artists, directors, producers, writers, editors, enthusiasts, and many more broad creative, commercial and industrial applications.

So let's talk about the VR Film Festival. First of all, it's more than just a film festival, it's also a speaker series and masterclasses for VR enabled film skill development. We are on the frontier. It's only been a couple of years that VR film festivals began to pop up around the world. We have people on our team who know a few of these producers, whom have been advising and supporting us. The film festival itself will be comprised of a selection of existing VR films and locally created content from 2 minutes to feature length.  Films where you will be immersed, feeling like you're zip lining, schussing down a mountain, deep sea diving or walking in a real market, but virtually. We'll even throw in the some popcorn while your experiencing it. We anticipate that we will be able to create and produce our very own VR films and stories, but so can you. The technology allows everyone to create VR enabled content. We are targeting June 2018 to debut the film festival. With sponsors and ticket sales we should be able to break even after year 2 and then expand and grow.

1a) To facilitate a unique meeting point for those who are passionate about their profession, no matter if it is science, cinema, VR, education, or anything else to create a community of people from different backgrounds through shared experiences in this new field.

1b) To offer a wide range of opportunities for companies and individuals to get involved in an innovation ecosystem that connects communities and industries while supporting the local economy.

2) To impact the promotion of VR Technologies in Calgary, Alberta and beyond, with a speaker series and festival/showcase(s) of outstanding developments in immersion technologies.

b) In Industrial / Commercial / Industries: Increasing Capacity, Application & Awareness of Technology for business and creative communities

3) To act as an agent of economic growth and the transition from follower to leader at the frontier of the innovation economy in Alberta showcasing VR as an economic driver.

A new festival would normally take 12 to 24 months to plan including calls for submissions and vetting. We have developed an all hands on deck 5-month strategy and budget to bring this project to completion by June 2018. We will capitalize on as many marketing budgets, corporate sponsors and arts grants, and foundations grants as we can. Our estimated budget is $150,000 including in-kind supports.