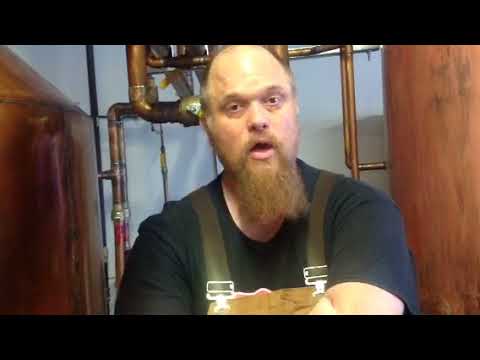 Hard working pioneers made moonshine 100% natural and unfiltered. Red Cup brings our common history to the world. Nothing to hide.

Our wide open spaces, our grains, our cultures and few mountains have allowed the tradition to continue.

Alberta woman always made the liquor and it was better than government liquor. Prior to 1928 women were not deemed to be persons so they could not be arrested (yes I know the only woman hung in Alberta took the fall for her husband but that was Crowsness Pass not East of Edmonton).  After women were deemed persons, the dust bowl made moonshine the only method of barter as the men tried to implement new farming practices which made the prairies into the bread basket it is today.  Following the war when men went overseas or were interned for any reason thought of.  Women again were alone.

Police looked the other way when mom made liquor because it was deemed that she knew what a necessity for the farm was.  Men... not so much.  The cultures east of Edmonton came with the last pennies to their name, and liquor was a form of survival. Discrimination often occurred at that time, and the British law was often ignored. Police were few and far between, and obvious outsiders.

The surprise is my family made moonshine in the Netherlands during the war to survive with an additional unknown number of Jewish persons they hid.  Their saviours were Princess Patricia Canadian Light Infantry and the Highlanders where mom made liquor and the boys shot gophers for 2c per tail.  By the time the draft occurred the average prairie boy had shot 10000 gophers, they saved Europe.  Hard times brought us all together and it brought family, friends, and occasionally enemies together.  Moonshine did not discriminate, that as long as it burned blue you could be any race, religion, creed, nationality. Al Capone bought it all.  We all have something in common, hard times.

Red Cup Distillery makes authentic Alberta Moonshine. We celebrate the rich history and that is why we are moving to the airport.

Let’s celebrate the determination of our immigrant parents from any generation, their struggle and passion to make a great country.  Authentic Alberta Moonshine to share with the world, by Red Cup. Moonshine made like our ancestors. We will use the money to make the distillery a destination that Northern Alberta can be proud of.  Let’s share our get it done attitude with the world, our hospitality, our determination that we will survive and we have each others backs.

This campaign is about more than Red Cup.  Yes we make great liquor but we want to bring the farm to you. We have shared it from Vegreville to 17 countries, 15 states and 10 provinces.

All you can eat and drink events,  moonshine, natural free range pigs and chickens, open barbeque and deep fried chickens with a tent outside to enjoy each other.  Made by Edmonton's great chefs!

Come be yourself, bring family, bring friends, everyone is welcome including your crazy uncle.

Moonshine is more about family and we are all a part of something greater when we work together.  That is what Red Cup has been, and always will be.  Someone even wrote a song about it.

No Q&A have been posted for this campaign yet.